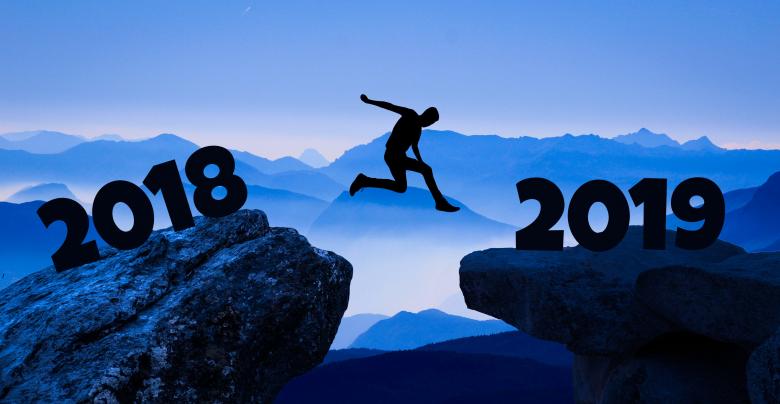 As we say goodbye to 2018, it is important to reflect on the year we are leaving behind. 2018 was full of protests, advancements, setbacks, political turmoil, and striding away from the prevalent issue of climate change.

It’s important to remember the nationwide walk-out against gun violence on March 14, 2018. Across the nation, millions of students, including some in our very own school, walked out of their classrooms to commemorate the lives lost in U.S. school shootings while peacefully protesting current gun laws. We saw our community represent a diverse group of students with varying opinions and were forced to discuss our perspectives in a mature atmosphere.

Additionally, 2018 marked an impressive step forward in the #MeToo movement which took off rapidly in October 2017 and will continue its legacy well into 2019. The movement was meant to give voices to those who fell victim to sexual harassment and assault. The hashtag #MeToo spread virally in an attempt to fight against the increasing number of sexual assault and harassment cases in the workplace. Specifically, celebrity cases with Harvey Weinstein and Larry Nassar, a former gymnastics doctor, were especially significant because the convicted were males in positions of power. On January 24, 2018, Nassar was sentenced to 40 to 175 years in prison after pleading guilty to seven counts of sexual assault of minors. Additionally, Harvey Weinstein, a recipient of dozens of sexual harassment allegations found his way into headlines as he continued to argue for his innocence. As we move into 2019, we are able to celebrate a victory for feminism and take advantage of the new vocal platform that we paved in 2018.

To add on to the endless list of events during 2018, Donald Trump requested Brett Kavanaugh to replace Anthony Kennedy in the Supreme Court. Dr. Ford, an American professor of psychology at Palo Alto University and a research psychologist at the Stanford University School of Medicine, accused Kavanaugh of assaulting her in her emotional testimony. However, the case proved to not be as influential as expected. An all-male panel of Republican Senators hired an outside prosecutor and the prosecution refused to subpoena the key witness while denying Ford the FBI investigation that she had asked for. Those exact same Senators honored Brett Kavanaugh with a position in the Supreme Court and told Ford that perhaps ‘her memory was flawed’ and that she couldn’t have possibly trusted herself to know the person who assaulted her was Kavanaugh. She was discredited, undermined by the press as bringing unfortunate grief onto Kavanaugh’s family. As 2019 rolls around the corner the feminist movement has set a new goal, to stop victim-blaming. We want cases to be considered and carefully investigated with the same discretion as all other cases no matter the victim or the accused.

Despite the move forward in the House, there are still many executive policies that shook the public this year. To start, Donald Trump allowed separation between children and their parents at the US-Mexico border. After the American Civil Liberties Union declared the act “inhumane and mentally harmful” to the children, a class action lawsuit was created, which forced Trump to reunite the 3,000 kids and parents that had been separated. To this day, not every child is back with their parents. This new year is guaranteed to bring about a lot of change in public and private policies and both political parties are apprehensive and awaiting the changes expected for 2019.

Climate change and global warming became more noticeable this year as we witnessed snowstorms, tornadoes, floods, torrential winds, and tsunamis of significant strength. Primarily, in January, there was a severely impactful blizzard that covered most of the East Coast of America and some of Canada. It caused at least twenty-two casualties, and cost the U.S. $1.1 billion in damage. Conversely, this summer, many areas around the globe suffered from a massive heatwave. Scientists have proven that the effects of this global phenomenon is not merely by chance but by our doing. The U.S. National Climate Assessment stated that the omission of greenhouse gases generated by humans is the only explanation. In addition to the sheer extremity of the heatwave and the cold temperatures of this winter, two major hurricanes did a great deal of damage during the hurricane season.

As we look towards the new year expectedly, I want to remind you that 2018 brought us here. It taught us how to have conversations with one another about both silly and serious topics. It taught us to not only be kind to one another but also to take political action. As a younger generation, we are able to recognize the power and important roles that we have in the communities that we are apart of. As the new year begins I want you all to take 2018 and its learning experiences with you as you navigate towards the future.