FANTASTIC BEASTS: THE CRIMES OF GRINDELWALD – A Groovy Movie Review 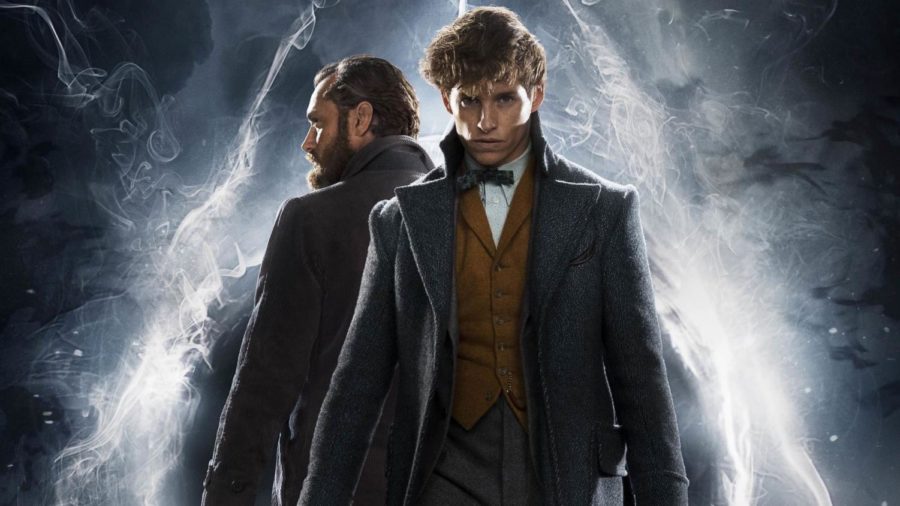 When Fantastic Beasts and Where to Find Them hit theaters in November of 2016, long-term fans of the Harry Potter franchise were promised a detailed expansion of the magical universe. While it delivered on most fronts, its quirky and sometimes goofy nature left some fans feeling unfulfilled. Crime of Grindelwald trailers seemed promising, containing dark and foreboding imagery while starring Johnny Depp as the lead protagonist. The second movie in the Fantastic Beasts franchise was closer to what I believe fans were looking for in the expanded Harry Potter universe, but still left some to be desired.

Before I get into what I didn’t like about the film, I want to make it clear that this was not a bad film. There were some really great moments between characters and amazing CGI that seamlessly told a truly magical tale. One of the strongest parts of the movie was its cinematography and color-balancing, which kept the low-toned color palette and gray-vibes from the first Fantastic Beasts. Johnny Depp did an excellent job in straying away from what seems to be his go-to persona (the quirky, over-expressive Jack Sparrow type) and delved into a different, much darker part of his acting talent that — aside from maybe Sweeney Todd — we haven’t had the chance to see in his previous films. Unsurprisingly, Eddie Redmayne has amazing physicality and a strong, yet subtle personality that enraptured the audience. While all of these aspects of the film were done extremely well, there were still some parts I simply couldn’t get around.

My biggest issue with the film is its inconsistency, not just with plot, but with characters as well. There were certain character choices that simply didn’t make any sense, especially with one of the female leads, Queenie. It seemed to me that they were just trying to ramp up the action and causing unnecessary conflict that didn’t really advance character development. Aside from the character choices, I saw major issues with the location of the film. Most of the Harry Potter series takes place in the confines of the Wizarding World. So, when magic battles take place and outrageous spells are cast, they don’t have to worry about being seen by Muggles (non-magic folk). In the Fantastic Beast movies, however, most of the action takes place out on the streets of London, Paris, and New York. There’s always that underlying conflict that people have to be aware of what’s happening, and that was really distracting for me as a viewer. At one point, they literally set the city of Paris on fire, and no one seemed to bat an eyelash or even question it. In the first movie in the franchise, they at least included some “enchanted rain” that erased everyone’s memories who stepped into it. But even with that sequence, they executed it half-heartedly, for one of the characters whose mind was erased in the previous film (Jacob) was back with little-to-no explanation of why. I wish they took a little more time to keep their facts and consistency straight. That would’ve fixed a lot of my issues I had with the film.

My final criticisms of the film was actually its title. Although the film is titled The Crimes of Grindelwald, most of the movie revolves around the search for Credence, a wizard with mysterious heritage that has the power to destroy the Wizarding World. In comparison, Grindelwald doesn’t really play a key part in this plot. I believe that they chose the title they did as a marketing ploy. Hard-core Harry Potter fans like myself will remember Grindelwald from Harry Potter and the Deathly Hallows as the man Dumbledore had to fight in order to get the Elder Wand. The title lead the audience to think that there was going to be a much stronger connection to the original books than there actually was, causing me to leave the theater disappointed and a little confused.

Although I feel like this review was pretty negative, I would like to clarify that I did enjoy this film. I feel like there were some really strong scenes that laid an interesting foundation for films to come. If this franchise continues in the way I think it is going to, I think we’ll have some pretty great films in the future. Even so, no art is without flaw, and The Crimes of Grindelwald definitely had several glaring errors that I couldn’t get around.

Good Choice if You Liked: The Darkest Minds, Divergent, The Chronicles of Narnia