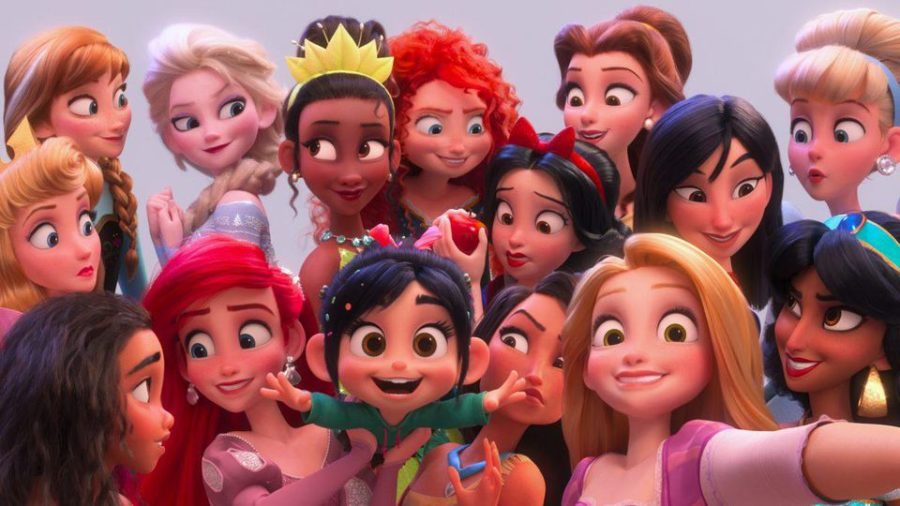 Now, when I go to see a movie, I usually try to stay away from reading reviews beforehand. For Ralph Breaks the Internet (the sequel to Disney’s Wreck-It Ralph), though, I couldn’t help it. There had been so much hype and so many trailers out and about that I wanted to see if it really lived up to Disney standards. And, according to Entertainment magazine, it did. The reviewer gave it a B+ rating, stating that it had a “genuinely unsettling climax” and a conclusion that will most likely make you “cover your [eyes] so no one sees how much you’re crying.” They even went so far as to put it on the same level as Toy Story 2, putting it in the highly exclusive better-than-the-original category. While I wouldn’t go so far as to say it was better than the artfully crafted original, it still had its moments and ended up having a great message that I know will stick with me long after the credits stopped rolling.

Wreck-It Ralph ended with “bad-guy” Ralph and street-racing Vanellope on good terms, their separate video games having been returned to their original, normal state. But Vanellope starts searching for more, and a mishap leaves them stranded in the wide world of the internet. Along the way, they pass Google, shop on eBay and even get stopped by pop-up ads. While the movie could’ve easily become inundated with too many pop-culture references, I think Ralph Breaks the Internet did a good job of knowing where and how to include them. One of the pitfalls of Ready Player One was how the non-stop references could grow distracting for viewers, and how the characters/mentions were hyper-specific, meaning they would become nullified and dated in just a few short years. Ralph, on the other hand, had homages to larger concepts (like cat videos and make-up tutorials) and large-scale companies (like iMDB and YouTube) that will not be easily forgotten. Because of this, the movie ensures that it will still remain relevant in the years to come, something Ready Player One might struggle with.

One thing that Wreck-It Ralph became famous for was its smart and quirky humor, and Ralph definitely delivered. The countless interactions between BFFs Ralph and Vanellope were always sure to break a smile and there was a great sequence between a group of Disney princesses that proves not only Disney’s self-awareness but also their ability to poke fun at themselves. Even so, there were a few jokes that fell a little flat, including a song/dance sequence that went on for just a little too long. But there were still enough good laughs to keep the audience engaged.

Even more than inside references, one of the sequences I like the most was a small moment between Ralph and a character named “Yesss” where he ends up reacting to online comments written about him. He gets really upset at the awful things people are saying about him, and I can’t help but hope that the young children in the theaters will remember that scene when they begin to utilize social media sites.

As for the “genuinely disturbing climax,” I can agree that I was a little freaked out by the ending sequence. At first, I wasn’t sure how I felt about it. Disney definitely took a risk with the scene, kicking it up a notch in terms of themes and life lessons. I don’t want to give anything away, but I will say that it follows a similar thread of emotion as Toy Story 3.

I came into Ralph Breaks the Internet with some pretty hefty expectations and I’m glad to report that it delivered. Even though it didn’t ended up receiving the coveted better-than-the-original title in my mind, it did have enough humor and heart to convince me that it wasn’t made as a simple cash grab. And if you are planning on making it out to see the movie this holiday season, I have one tip for you: stay all the way through the credits. I promise you won’t be disappointed.