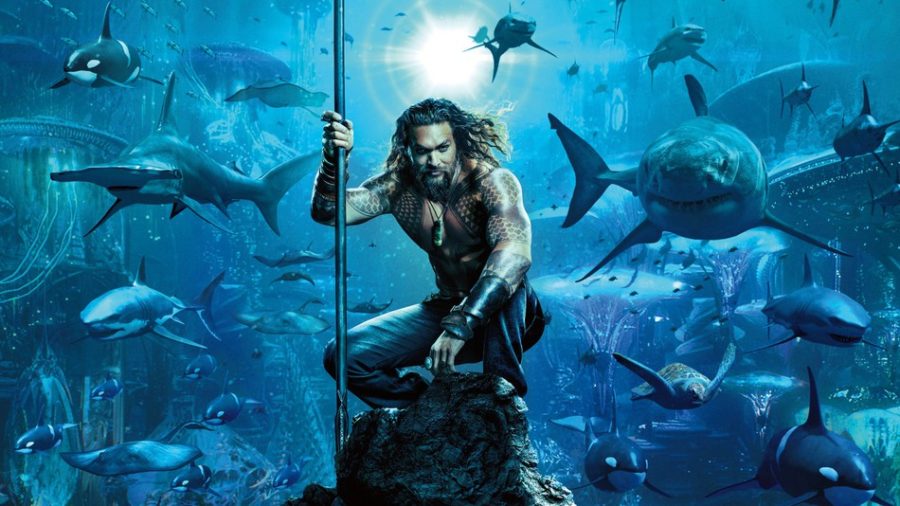 I really wanted to like this movie. I really did. At first it was kinda funny to see DC trying to be Marvel and failing pretty spectacularly, but now it’s just becoming cringey. I was hopeful when I saw the good reviews for DC’s newest film, but I was sadly disappointed. There’s also controversy that those positive reviews were from people who hadn’t even watched the film, but were just on DC’s side in the Marvel vs. DC war. Whatever the case was, it’s a shame I had to end my 2018 movie reviews on such a sour note.

From the very first shot of the film, I knew that we were going to have a problem. The cinematography was all over the place, choppy shots following long, sweeping clips that were extremely distracting. At some points, there were random slow-motion shots that seemed almost exact replicas of shots from Thor: Ragnarok. But that’s not where the Marvel / DC comparison ends.

The plot itself was almost a direct rip-off from one of Marvel’s most popular films, Black Panther. Just like T’Challa had to fight the Killmonger in order to protect the throne of the Kingdom of Wakanda, Aquaman revolves around the concept of Arthur fighting his brother, the Ocean Master, to redeem the throne of Atlantis. It was such a similar storyline that hit upon many of the same beats as the Marvel film. It’s truly a shame, as there is a lot they could’ve done with the underwater kingdom, but they decided to play it safe, and because of it, the story suffered.

One thing I did enjoy about the film, though, was how they tackled the scenes that take place underwater. The CGI is excellent, especially in the action sequences and long, rolling shots of the kingdom. A vocal effect is added to their voices, so that when they speak underwater, there’s a subtle echo to it. I really enjoyed that small touch, as well as the CGI underwater hair movements they added to many characters.

As superhero movies go, it’s not a bad film. There’s some good humor and definitely great fight sequences. But Marvel has set our superhero movie standards so high that, at this point, it’s extremely difficult for DC to make any sort of a comeback. Even so, they seem to be headed in the right direction. Hopefully, they continue to improve while maintaining their own theatrical presence and don’t just leech off of Marvel’s successes.