The Legacy of “Myths and Legends” 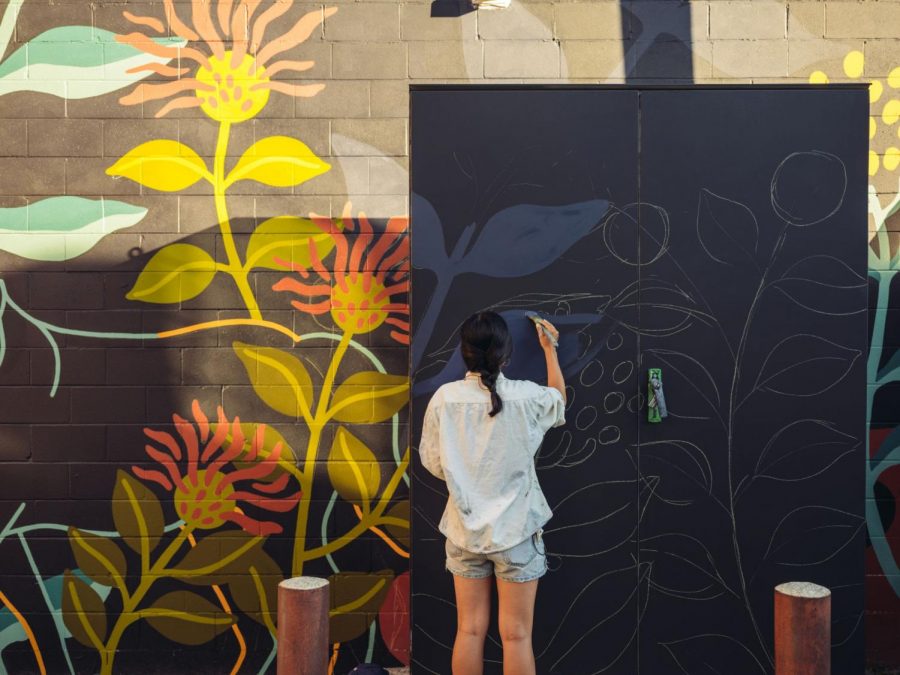 No matter what hallway you walk through at Hunterdon Central there is a mural. A dreamcatcher, the solar system, a broom cupboard. They all have their stories and artists behind them.

But there is one mural who is no longer hanging the halls. A mural that can not tell its story. It is a story that has impacted the art department since its creation and still does to this day.

“Myths and Legends” was a mural that never had the intention of causing controversy, but when teachers and students complained it was taken down.

The mural depicted different people and characters from myths and legends. It had Buda, greek gods, and one person who started the controversy, Jesus.

Parents of the artists came to their children’s defense. A definition of myths and legends was posted to make known that Jesus was not being portrayed as unreal, but a representation of the legends about him that are believed by many.

But it was taken down. The first mural to be taken down permanently at Hunterdon Central.

Mr. D’ Amico was the teacher of the art class that painted the mural. “It really felt like we were being censored. What is ok to express and what is not ok to express,” he said

Mr. D ’Amico teaches Honors Gifted and Talented Art and has had his classes paint murals since 1995. “Now we have to get every mural idea approved.”

Mural Ideas that students come up with can now be shot down by the administration. One idea had met this fate not too long ago. One of Mr. D’ Amico’s classes wanted to do a mural towards the end of President Obama’s presidency. It was to highlight his accomplishments and how he changed America.

This idea was not approved because “it was seen as too partisan.” said Mr. D’amico

The approval process for the murals has become the norm now.  “Students are very aware of what the restrictions are,” said Mrs. Hopkins the supervisor of the Mural Club.

Artists at Central have conformed and abided by the restrictions set by the administration. Mrs. Hopkins now approves and helps the club artists and makes sure they are going to follow the restrictions, “I never had any issues.”

The approval process for murals has put a lot of constrictions on what murals can be of and what they can symbolize, but the essence of what the murals are supposed to accomplish can stay the same.

The mural that was going to be about Obama’s presidency became a  tribute mural to black history and depicts people who “in some way, they changed the landscape of our culture,” said Mr. D’ Amico.

The mural may not have been what the artists wanted to do originally but it became something that “stands out since it’s done well and its message is current.” said Mr. D’ Amico.

In his opinion, it is very important for classes to paint murals. “The project brings the classes together,” says Mr. D’ Amico. Sometimes, since the entire class has to work together it can create rifts between artists with creative differences.

“They have to figure out how to make it work,” he said. “It’s almost like real-world practice, you have to work with people you don’t get along with and learn how to communicate effectively.”

The approval process for murals has put a restriction on what the murals can be about what the artists can express. But the impact that creating the murals has on the artists has managed to stay the same. Artists are able to learn how to work with other artists even if it’s hard to work together.

They learn by creating a mural that will stand in the hallways for years to come. Proof that a group of people, no matter their differences can create great things. “Even when they come back years later the murals are still there,” says Mr. D’ Amico.