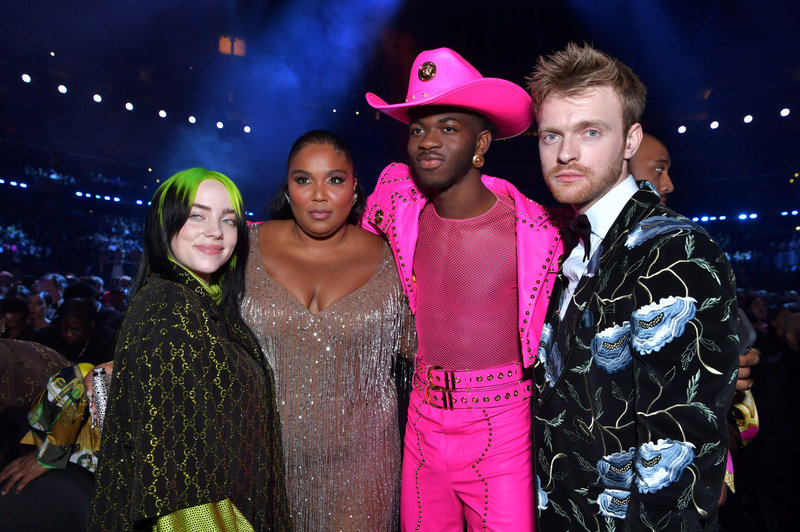 Once a year, there is a night filled with glamour, singing, and talented people to honor the accomplishments in the music industry. The Grammy Awards are presented by The Recording Academy to recognize achievements made in music and showcase the latest fashion trends by celebrity designers.

Singer Alicia Keys was the host of the 62nd annual Grammy Awards. She also sang some of her own music along with many other talented musicians. Artists such as Lizzo and Demi Lovato performed their greatest hits of the year as well. Camilla Cabello sang a very emotional song dedicated to her father. Lil Nas X and Billy Ray Cyrus lit up the room with one of their most popular songs “Old Town Road”. In addition, Gwen Stefani and Blake Shelton sang a meaningful country duet that captured the soul of the crowd.

Many artists were recognized that night for their talents in creating powerful music for the world. A prominent winner of the show was Billie Eillish taking home four of the biggest awards of the night. Her album When We All Fall Asleep, Where Do We Go? was picked for Best Pop Vocal Album. She then later won Best New Artist, Album of the Year,  Record and Song of the Year for “Bad Guy.” The Best Country Album award was given to Tanya Tucker for her album, “When I’m Livin.” Tyler, the Creator won the Best Rap Album and accepted his award alongside his mother. These winners showcased some of the top tiers of the music industry.

Along with the amazing performances and awards, the red carpet is always exciting to watch and see the work of famous designers. The award ceremony has a history of extravagant couture worn by many stars. This year, Arianna Grande appeared wearing a stunning grey tulle dress by Giambattista Valli. Shawn Mendes was seen wearing a red burgundy suit designed by Louis Vuitton paired with a Bulgari necklace. Another star, Billy Porter, turned up in a fanciful custom flare-legged Baja East jumpsuit. Yet again, the Grammy Awards did not fail to wow us with the astonishing fashions of Hollywood.

Although the night was spectacular, unfortunately, basketball star Kobe Bryant had passed away a few hours before the award ceremony. Celebrities found last-minute ways to honor the legend’s tragedy. Alicia Keys opened up the night by singing the song “It’s So Hard To Say Goodbye To Yesterday” by  Boys II Men. Priyanka Chopra also was seen wearing a #24, which was his number on the LA Lakers. The event brought everyone together to remember Kobe Bryant during this difficult time. Even more poignant and ironic was the location of the ceremony which was at the Staples Center, home of Kobe Bryant’s illustrious 20-year career with the LA Lakers.

To wrap up, the 2020 Grammy Awards was a successful night made amazing by singers and songwriters throughout the industry. One can truly see all the hard work and effort that goes into the glamour and vogue of entertainment.