The Truth About Diversity in Schools 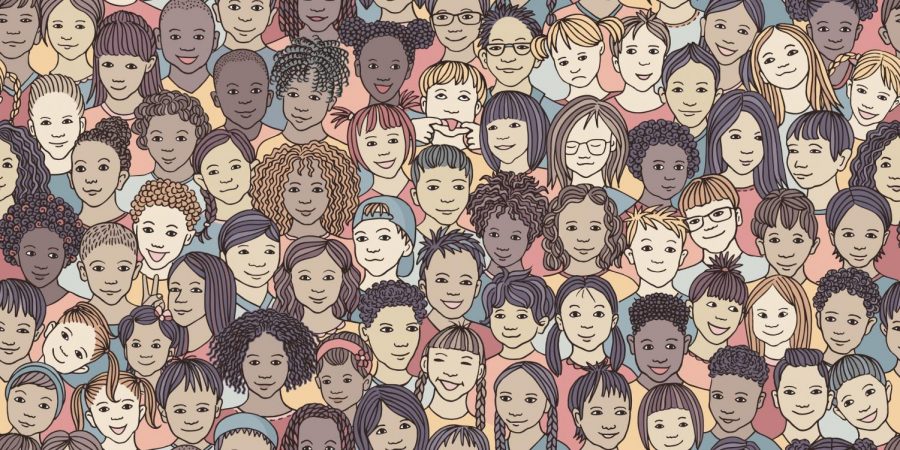 Research has shown that more diversity in academic environments leads to better decisions being made by students and more success achieved by the schools themselves. This is because people from a variety of backgrounds can offer more solutions to problems and provide insight to help make schools better places for everyone there.

A school is considered “diverse” if the student body isn’t populated by over 75 percent of a certain race. Research shows that an integrated environment academically improves the students of color while having no effect on white students. This is mainly because, throughout history, white students have had the upper hand due to systematic racism and privilege that is out of their hands. Systematic racism has been an issue in the United States for many years, starting in the Civil Rights movement. As African American people would settle into neighborhoods, governments made it very difficult for them to take out loans and purchase houses in their desired neighborhoods. These people were forced into impoverished neighborhoods and as a result, there were many repercussions. As black people lived in areas with lower property taxes, their schools would not get as much funding as the places where most of the white people resided. They would receive a worse education than white students and this cycle of inequality in the education system has continued ever since.

The best way to end unfair systematic racism is to integrate schools as much as possible and allow more academic diversity. Integration has recently been on the rise. According to the Washington Post, in 1995, about 45% of students attended school in a diverse district. Most of these diverse districts tended to be in the South and large cities. In small rural and suburban districts, the student body was considered undiverse or extremely undiverse. In 2017, however, there was a large shift. 66% of students in the United States now attended diverse schools. Over 2,400 previously undiverse districts became more integrated. These now diverse schools who previously had a majority of white students were now in rural and suburban communities. Districts that had earlier been considered diverse now served predominantly students of color. This study included public schools only, not private and charter schools. According to a census projection, 2020 will be the first time there will be more children of color than white in the US, which will undoubtedly contribute to change within this data in future years.

On a more local level, Hunterdon Central district is currently considered undiverse, with about 82% majority of the student body being white, in 2017. This is up from 96.4% in 1995. A large part of this is due to the location of our school, being in a very rural place with, in many cases, very high property taxes.

Diversity in schools does not just mean diversity in race. Gender, sexual orientation, socioeconomic status, religion, and age also largely contribute to this. Diversity also matters at the college and university level as well. Many colleges take into account not only your academic accomplishments but also your age, race, gender, and socioeconomic status when considering you. Matthew T. Proto, who is the dean of admissions and financial aid at Colby College in Maine, stated, “We are not actually looking for the perfect student, but the student who brings a certain diversity of thought”

Diversity has been a hard-hitting issue for many universities around the world. Recently, Harvard has been under fire for its admissions being against Asian-Americans. The admission process is now being reconsidered altogether because these colleges are now starting to see that students are a lot more than what they say they are in their applications.

Research has shown that students who go to a more diverse college are better prepared for the world on a global scale. Not only that, but it enhances social development and self-awareness. Diversity enriches people’s perspectives and promotes creative ways of thinking. Diversity on all scales has been proven to have positive outcomes and the world may finally be learning that it is important for everyone to share their experiences with one another.