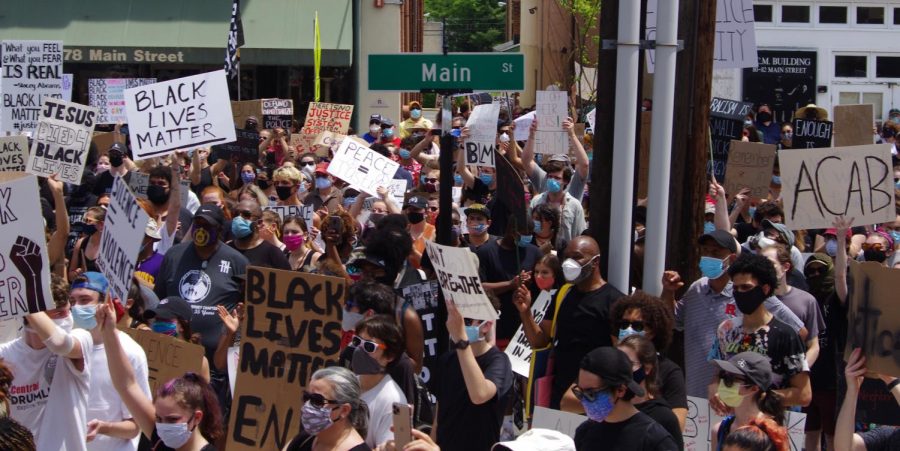 On May 25 of 2020, George Floyd, a 46-year-old black man living in Minneapolis was brutally murdered by a police officer, alongside 3 of his coworkers. For 8 minutes and 46 seconds, officer Derek Chauvin kneeled on Floyd’s neck, leading to a loss of air. “I can’t breathe,” he repeated until his last few seconds of life. Due to the tragic death of George Floyd and many other innocent black people over the years, a significant concern has arisen across the United States regarding racism. Not only has this deeply affected the black community, but has also been a call for action from the citizens of the United States.

It is important to take action and help in any way,no matter how big or small. Anything is better than staying silent. Through social media platforms, many have been educating themselves on what is going on, where this is happening, and how to help, however, not everyone has access to those platforms. Therefore, a list of petitions to sign, organizations to donate to, etc. have been listed below.

We encourage you to fight the fight and take action. Each and every one of your voices need to be heard. We, as Central, as Hunterdon County, and as America, need to make a difference for the better. There are more ways to help beyond this list, but here are plenty of ways to get started:

Seeing White
1919 – NY Times
About Race
Pod Save The People (Crooked Media)
Code Switch
The Diversity Gap
Momentum: A Race Forward Podcast
Pod for the Cause
Higher Learning with Van Lathan and Rachel Lindsay
It’s Been a Minute with Sam Sanders
Truth Be Told

The Hate You Give – Angie Thomas
So you Want to Talk About Race – Ijeoma Oluo
The Fire This Time – Jesmyn Ward
How to be an Anti-Racist – Ibram X. Kendi
The Color of Law – Richard Rothstein
Between the World and Me – Ta-Nehisi Coates
When They Call You a Terrorist’ by Patrisse Cullors & Asha Bandele
White Fragility -Robin DiAngelo
Stay Woke – Tehama Lopez Bunyasi & Candis Watts Smith
The Making of Black Lives Matter: A Brief History of an Idea – Christopher J. Lebron
Me and White Supremacy – Layla Saad & Robin DiAngelo

Black-Owned Eateries Near You

Other Ways To Take Action

Recognize your privilege
Be willing to be uncomfortable
Reach out to loved ones who are strongly affected by this
Start a conversation at the dinner table
Share your knowledge with others
Stand up to racist jokes, comments, and actions