The Intersectionality of Pride

Celebrating Pride in the Age of the Black Lives Matter Movement 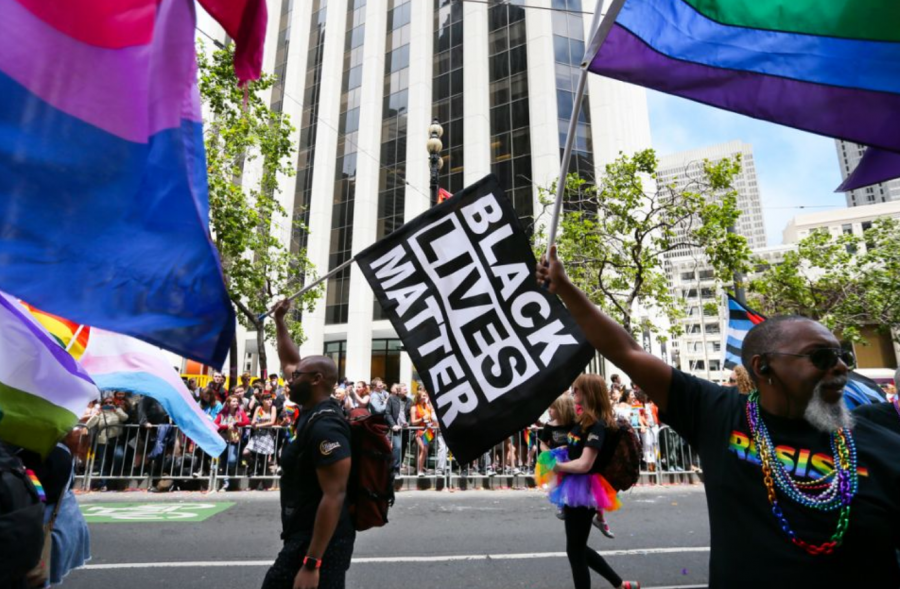 June of 1999 was the United State’s first designated Pride Month.
21 years later, the country is riddled with black lives matter protests in all 50 states, with citizens everywhere fighting for the civil liberties and protections that people of color around the nation have been denied for years.
The LGBT+ community has been denied things as well – even as recently as days ago our government moved to deny them rights to health care and adoption services. But we don’t see them up in arms about their month, their pride, being ignored by the nation as we face bigger issues. Why?
A little over 50 years ago, the Stonewall riots shook the streets of New York City. Cops launched fights with the Drag Queens of the stonewall inn, resulting in a series of riots that set fire to unprecedented progress in LGBT rights and fighting police brutality.
LGBT Pride in this country began with a fight against police brutality. Sound familiar?
These issues have been intertwined for decades. People of color have fought alongside their LGBT siblings for decades. We fight and we fight and we fight so that our voices are heard, our rights are protected, and so that our lives matter. The fight is long from over, for both of these parties. But the most meaningful part of pride is its intersectionality.
Happy Pride everyone. BLM.