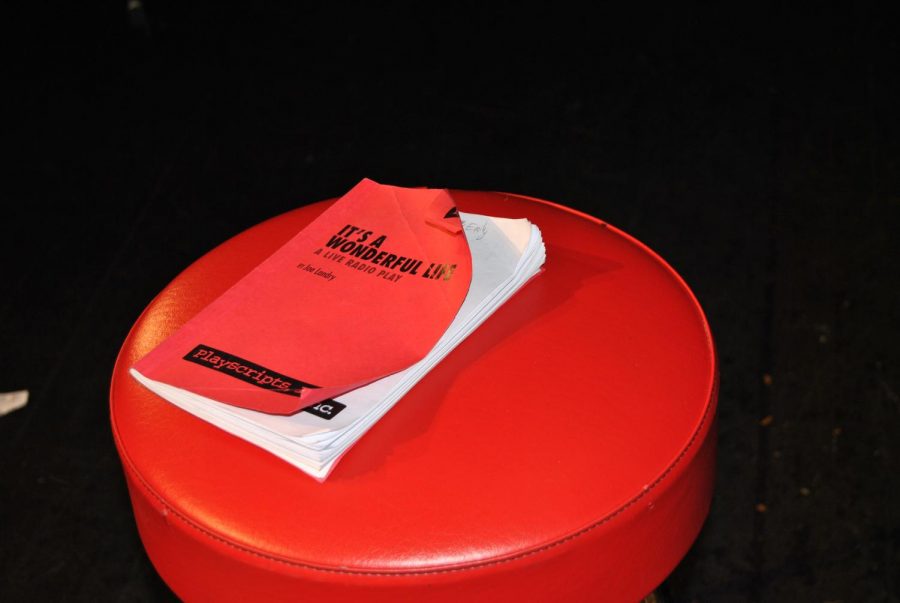 It’s the mantra that rings in every actor’s ear when they realize they forgot their tights at home, when the stage manager shouts as he realizes a character is about to miss their cue, and when the director sobs when a dreadful number has to be run for the thousandth time — the show must go on.

This past fall, that mantra rang more true than ever, as high schools across the country battled with their next upcoming challenge, the fall play. While some stuck to Zoom, and others scrapped productions entirely, Hunterdon Central dared to create a show that was safe, efficient, and performed on a stage.

The show’s directors, Mary Lage and Cole Vitelli, were faced with a challenge when they set out to run the show. “It was a really new and different experience that we had to face with careful planning,” Vitelli recalls. “Once we had a set plan that involved safety procedures and we had the stellar cast picked out, it was incredibly smooth sailing!”

Auditions and the first month’s rehearsals were held via Zoom. The actors would meet to run lines and practice their scenes from the comfort of their own homes. “Zoom rehearsals were fun. We goofed off a ton and it was amazing to see my friends and have something to do for a change.” recalled Dominic Weirzbicki, who played Clarence The Angel, among other roles.

Once administration gave the go ahead, the actors were excited to get onto the stage they had been missing since school shut down back in March. “As someone who lives very far from the school, it was nice to be able to see people again and put on a show,” Dalton Schengrund added, who played Joseph The Angel. “I also didn’t mind the masks at all. It was nice to know that we were playing on the safe side of things!” That seemed to be the sentiment for many of the crew. “I sometimes forgot we were doing a show in the middle of a pandemic,” said director Cole Vitelli. “It was so good so early on in rehearsal and everyone worked so well together, that it was difficult to even notice that we were wearing masks!”

At last, November 20th rolled around, and it came time to film the production. All of the hard work that had been put in since September was finally culminating, and the cast could not have been happier. “It was definitely a different experience than we were all used to. Usually, the night before a performance is like a madhouse, filled with nerves, excitement, happiness, sadness for seniors because it’s their last show,” remembered Mya Corby, who played Mary Bailey. “But this year COVID took all those feelings away from us. It was different, quieter than usual. The day of filming the show we did our hair and makeup in 214 like we always do and put on music to hype ourselves up… during that hour and a half before the performance it felt like normal times. So yes, it was different but I am so grateful that I had the opportunity to perform on Central’s stage for the last time.”

Opening night looked a little different this year for the cast as well. The hustle of finding your jazz shoes and waiting in lines for eyeliner was replaced with finding a cozy blanket and waiting for your popcorn to finish popping in the microwave. The actors huddled around a TV with their families, and watched their hard work pay off. “Watching it with my family was weird, cause I got their live reactions to a show I was in, and obviously that’s never happened before.” recalled Weirzbicki. However, as Corby put it, “Fortunately I was part of an amazing cast who always had each other’s backs and we all knew that no matter what we got this!

From receiving the email confirming the cast list to stepping on the stage for the first time in months to finally being able to watch their production, the cast and crew of “It’s A Wonderful Life” enjoyed every moment of their wonderful experience.