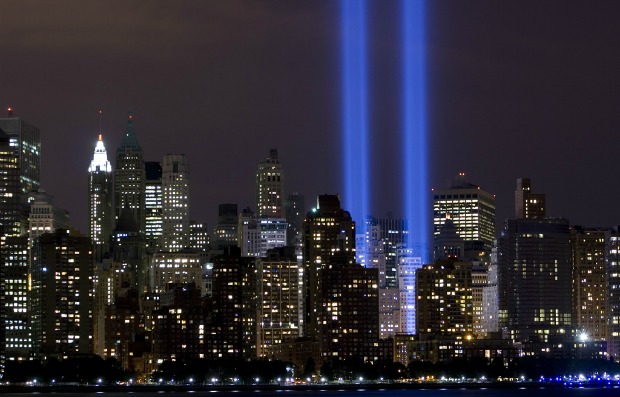 Everyone, from the average Wall Street worker to the bustling children at the bus stop and homebodies pouring coffee into their favorite mug, describe September 11th as a picturesque, early morning. The sky was a beautiful baby blue, cloudless with a crisp, early autumn breeze. The folks at every news broadcasting station were remarking at the beauty of mother nature. As eastern Americans awoke to such a day, many weren’t aware it was the last of sunny days they would see for a while – and for some, a lifetime.

Just before 8:45 AM, a construction worker stood beside his coworkers in the borough of Manhattan. By chance, he started his camera, recording what he thought was a video just to be saved for his personal memories, but later would be part of one of the largest investigations in American history.

It was 8:44, the world still moved in its busy, mindless motion.

And at 8:46, the North Tower of the World Trade Center Complex had been hit. New Yorkers stopped to stare, pointing in surprise and disarray at the large skyscraper that filled their city’s horizon.

Newscasters and journalists rushed to the scene to report what had happened. Many were presuming the pilot had a heart attack – or was possibly drunk. Surely, it had been a private airplane, as commercial airliners were never allowed to get that close to the inner city.

Seventeen minutes later, the World Trade Center’s South Tower had been penetrated by Flight 175. Americans, along with the rest of the world, realized the obvious: this was no accident. Their country was under attack.

Without attracting attention, a third plane had been redirected from its intended route and was heading for Washington. This time, it was targeting the Pentagon, a pivotal symbol of America’s strength. All 53 passengers and 6 crew members had been killed in the fiery crash, along with 125 people inside the pentagon.

North of the capital was Flight 93, though this time was different. The passengers had made contact with their loved ones and were aware of the three other hijacked planes. Realizing their plane was destined to crash into either the White House or Capitol Building, they were able to take control back from the four terrorists who hijacked the plane and managed to stop their flight before reaching Washington. The plane crashed instead in a field in Stonycreek Township, Pennsylvania, 150 miles northwest of Washington. There were no survivors.

At 9:59 AM, the South Tower had collapsed upon the streets of New York. Its twin followed in pursuit soonly after, as the world watched in horror.

September 11, 2001 started out as a day of optimism and beauty, yet quickly ended as a day of terrible loss and trauma. 2,996 people lost their lives and many more were injured. Though thousands of souls were lost, their memories and the American spirit still prevailed. 20 years later, it is still a day to mourn, remember, acknowledge, and never forget.

Many members of Gen Z find themselves in the shadow of a generation scarred and torn by the events of September 11th. Too young or perhaps not even alive to witness and understand what took place, they must rely on recounts of events told by the older generation as well as photos, museums, and media. Hunterdon Central students are encouraged to visit the commemorative 9/11 art and informational artifact located in the 9/10 lobby. This day will forever live in infamy to remember and honor the lives lost on September 11, 2001.