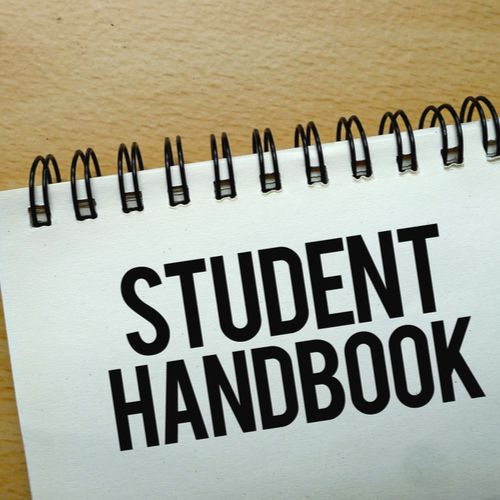 Among the many changes to Hunterdon Central, the dress code received a major overhaul ahead of the 2021-2022 school year. Created with feedback from students, parents/guardians, and staff, this new edition attempts to correct past missteps and create a more equitable environment for years to come.

District Regulation Policy No. 5511 was introduced on February 17th, 1998 and has been revised six times since its inception. The last major revision occurred in October 2017, which shifted the policy from excessive focus on body parts (“abdominal, shoulder, and breast areas must be covered”) to a greater focus on the clothing articles themselves (“tank tops with straps that are less than one inch wide are not permitted”). The newest edition, revised in August 2021, seeks to avoid objectifying students’ bodies as much as possible by using broad language.

Across the country, dress codes have been a subject of contention. Supporters claim that they prepare students for the realities of working and living in a society where they will be judged for their appearance. Additionally, dress codes that ban clothing/accessories containing insensitive messages can help foster a safe school environment. Critics argue that they are discriminatory in nature and serve as a means for adults to objectify childrens’ bodies. In particular, they claim that dress codes specifically target female students and those assigned female at birth, with lines like, “Tops that expose even partial cleavage are not permitted,” from Hunterdon Central’s 2017 dress code. The language used to justify the existence of dress codes– often something like, “to prevent distractions’ ‘– can be construed as blaming female students for “distracting” their male counterparts. Another major criticism of dress codes is that they discriminate against students of color. Many dress codes ban sagging pants, a style popularized by young black males. For example, Hunterdon Central’s dress code between 2005 and 2017 reads, “Slouched pants are not permitted even if shorts are worn underneath.” The restriction of culturally significant styles of grooming and dress means that black girls face “double discrimination,” leading to a disproportionate rate of expulsions compared to any other group (Crenshaw 2015). Thus, the process of “dress coding”– from going to the office to change, to being suspended for multiple infractions– may lead to loss of learning.

The new dress code seeks to avoid these pitfalls by using more intentional word choices. Instead of “students are required to dress modestly” (a word which has a connotation of sexualization), it now reads, “students are required to dress appropriately.” Those lines about sagging pants and cleavage have been replaced with the blanket statement that “undergarments shall not be visible.” What was once a detailed list of off-limits clothing has become a single paragraph: “Students must wear clothing that, at minimum, covers the body from the horizontal collarbone line to the mid-thigh.”

However, the discipline policy is exactly the same: students who are “in violation” of the Regulation must leave class and change into “more appropriate dress” at their House Office. If they don’t have a change of clothes, students must arrange for their parents/guardians to drop off clothing that meets the dress code requirements. The District Regulation does describe what should happen in the event that a student’s parents/guardians are unreachable and/or cannot drop off appropriate clothing. The Principal maintains “the final say” in whether or not a student’s clothing violates the dress code. Even so, students have the ability to appeal this decision to the Superintendent.

Other aspects of the dress code remain virtually unchanged– sunglasses are banned indoors unless medically necessary; shoes are required at all times; no bathing suits; hoods may not be worn in the building; and clothing that can cause injury to others, such as spikes, are not allowed. COVID-era concerns have also entered the dress code: “Masks that obscure the eyes are prohibited.” Clothing and accessories containing any inappropriate, derogatory, and/or discriminatory messages remain banned as well.

Students have many opinions on the new dress code. “The faculty who wrote that are patronizing students. Students who attend Central should be able to use their own judgment and decide what is best to wear on their own bodies within reason,” says Madison Law, a student interested in pursuing Public Policy as a career. “I could not tell you the difference [between the old and new dress codes],” says Ben Sherwood, a self-identified cisgender male who has never been “dress coded.” A student who was recently “dress coded” says, “the lady who dress-coded me had a cutout in her shirt, so she ‘wasn’t covered,’ either.” Indeed, a broader policy may have the unintended consequence of allowing teachers to “pick and choose” which students to deem in violation of the dress code. At the same time, it could allow for more freedom of personal expression than ever before. It is too soon to tell what the effects will be.