The Resurrection of the Macy’s Day Parade 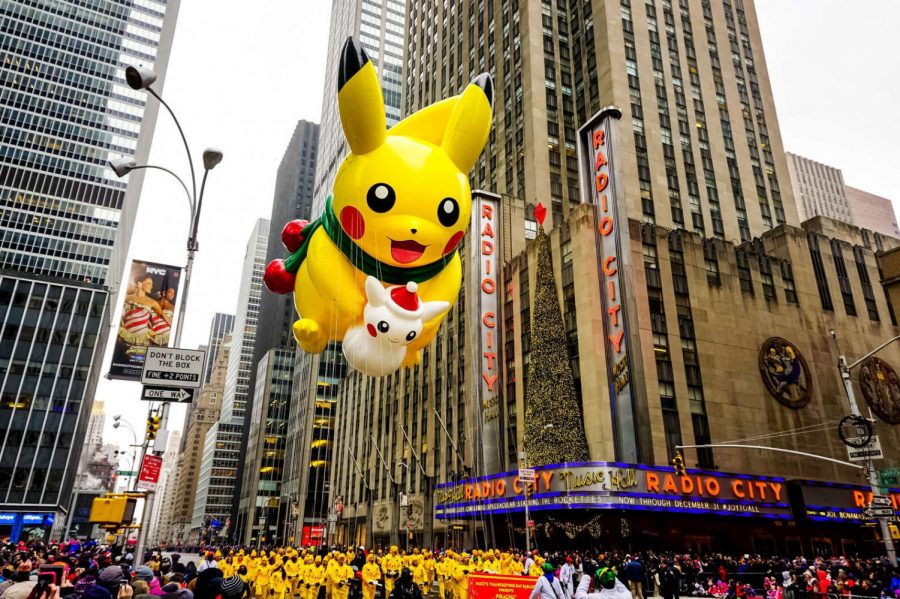 Thanksgiving is a popular American holiday that people celebrate in many different ways. Some people wake up early to participate in the Turkey Trot, some watch football from sunrise to sunset, and others are preparing for a long night of Black Friday shopping. One annual tradition that everyone has at least tuned in once to see on NBC is the Macy’s Thanksgiving Day Parade. Many people enjoy the parade from the comfort of their couches, but if you visit New York City, it is possible to spectate the fabulous event in person. Especially this year for the 95th annual Macy’s Day Parade, all the fun and liveliness from years before 2020 have promised to make a comeback!

Last year the event was modified to accommodate for the lack of live spectators. Instead of a two-and-a-half mile parade route, the event took place around the Macy’s department store on Herald Square in Manhattan, New York City. It was a “television-broadcast-only” event with significantly less people involved, but it still managed to reunite several casts from Broadway shows and have some iconic performers and stars. Nevertheless, the return (or resurrection if you will) of the classic Macy’s Thanksgiving Day Parade had people hyped for the event come 2021.

This year, the parade is going to start at 9am from West 77th Street and will travel through the streets of New York until it eventually reaches the Macy’s flagship store close to noon. There have been some magnificent balloons and floats in previous years, and this year is going to be no less exciting as there will be six new awesome character balloons!

One of the newest balloons is Ada Twist, a 8-year old scientist with a passion for learning and a curiosity that knows no bounds. Ada Twist was originally a character from a children’s book by Andre Beaty that was published on September 6, 2021. It was credited with encouraging young girls of color to pursue interests in STEM, and now 5 years later the story has the opportunity to do so on a large platform like Netflix. Her float has her iconic pen tucked behind her ear and her lab coat on, with the pen equaling the average length of 27 real pens.

Then there is Grogu, more commonly known as Baby Yoda, who has been adorably christened by the Internet at large over the past few years. He exploded in popularity when the Disney+ original television series The Mandalorian debuted, with its first episode premiering on November 12, 2019. Due to his undeniable cuteness, he has graced shirts, mugs, backpacks, Funko Pops and even has his own line of plushies with Build-A-Bear! Now he gets to bless the citizens of New York as a balloon, with an ear-span longer than that of a telephone pole!

Another character balloon is going to have two of the most recognizable Pokemon on a sled that is designed to resemble a Poke-Ball. Pikachu is no stranger to the Macy’s Parade, but now he has a friend to accompany him in the form of Eevee! 2021 marks the 25th anniversary of Pokemon, so this balloon is a celebration of the cheer and happiness that the franchise has brought to fans across the world for the last two-and-a-half decades. Just be careful of those blades; they are reportedly the same length as a semi-trailer truck.

There will be other human balloons, too. Coming back with his fifth redesign is Ronald McDonald, who is going to be rocking a red blazer, yellow pants, his oversized clown shoes, and a huge heart as a way to share the love on Thanksgiving. Love him or hate him, you cannot deny the fact that his dashing design is sure to put other clowns to shame. You also cannot deny the effort put into bringing Ronald McDonald to life; it took 2,629 hours and 50 gallons of paint for Ronald to exist in all his hilarious glory.

The Parade will also have its first balloon puppet trotting down the streets of New York this Thanksgiving. Macy’s holiday campaign for this year was titled “Tiptoe & The Flying Machine”, and it featured the titular character realizing her dream of becoming part of Santa’s Sleigh Team. Now Tiptoe has the opportunity to prance around with the help of puppeteers that will assist in bobbing her head and moving her legs. This little blue reindeer is not going to be so little anymore, but she will still be just as magical.

Finally, every parade needs its own bandleader, which is where Toni the Bandleader Bear comes in. He was named after iconic puppeteer Tony Sarg, who is known as “America’s Puppet Master.” Tony was able to join the Thanksgiving Day Parade through the blood, sweat, and tears of the Macy’s Studio Team, and he will be leading the procession with his golden baton and the stars that adorn his hat, feet, and cheeks.

All these balloons and more are waiting to be appreciated this Thanksgiving, so make sure to tune in on the morning of November 25th to witness these magnificent models. And if you get the chance to see them in person, may the force (of gratitude) be with you!